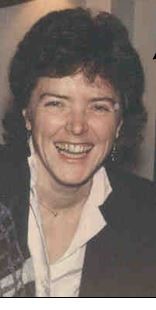 Professor Mary Edwards was a founding member of the Purchase College political science program and was instrumental in developing the women’s studies program and the college’s Children’s Center.  Following her death in 1994, at the age of 48, her family and friends created an endowment to fund an annual lecture in women’s studies to honor Professor Edwards’ commitment to her students and to the elimination of social and political inequality.

Below are lectures funded by this endowment:

2018- Elle Perez- Regarding the Spaces Between. Perez teaches photography at Harvard School of Design and serves as the dean at Skowhegan School of Painting and Sculpture.

2017- Adotei Akwei- Breaking the Glass Ceiling and Human Rights in Sub-Saharan Africa: The Critical Challenge of Women’s Rights. Adotei Akwei is managing director of government relations for Amnesty International USA. He is also a political science alumnus of Purchase College.

2016- Manohla Dargis- Reflections on a Life in Film Criticism. Manohla Dargis (’85), an alumna of the literature program at Purchase, is an award-winning film critic and the 2015-16 Roy and Shirley Durst Distinguished Chair in Literature. She discussed her experiences as a woman in the field of film criticism.

2015 - Dr. Rebecca Jordan-Young- How to be Smarter about Researching Sex, Gender, and the Brain.   Dr. Jordan Young is associate professor for distinguished scholars at Barnard College and chair of women’s, gender, and sexuality studies, and author of Brain Storm: The Flaws in the Science of Sex Differences.

2013 - Nina Straus- Post-Feminist & Paradoxes.  Nina Straus, professor emerita of literature at Purchase College, examined notions of history, sexuality, race, and class from the moment of second-wave feminism to the present.

2012 - Marjorie Miller- Telling Stories of Liberation: When Liberation Means Different Things, or, Am I Liberated? Purchase professor emerita Marjorie Miller’s lecture looked at women’s liberation from the multiple vantage points of the U.S. and Asia. With her expertise in philosophy, gender studies, and Asian studies, she examined what it means to be “liberated” around the world.

2010 - Monica J. Casper-  On Babies, Bodies, and Pregnant Women: What’s Wrong with Maternal/Infant Health. Monica Casper is a professor at the University of Arizona. She is also currently associate dean for academic affairs and inclusion in the College of Social and Behavioral Sciences, and author of the Making of the Unborn Patient: A Social Anatomy of Fetal Surgery.