Governor Rockefeller’s vision for a campus which blended liberal arts with creative arts became a reality in 1966 with the  acquisition of the 500-acre parcel from the Lincoln Avenue Associates. Not everyone was happy with the decision to create an institution of higher education in the middle of a suburban area. But Rockefeller was intent on creating a landmark campus, and assembled some of the finest architects of the era to design it. He was assisted by long-time collaborator and master architect Wallace Harrison, whose projects include the United Nations, Rockefeller Center, and Lincoln Center.

From its outset, the new SUNY campus focused on the arts.  While enrollment was projected to be 80% in the liberal arts, a school of the visual and performing arts and a museum made the Purchase campus distinctive.  The Neuberger Museum was created from the significant American art collection of Roy R. and Marie S. Neuberger, who donated the collection valued in 1971 between $12-15 million.

This photo shows four of the men who were instrumental in the creation of Purchase College examining a model of the Neuberger Museum, which was the first building to be completed on the campus.  From left to right: Roy Neuberger; Governor Rockefeller; Philip Johnson, Neuberger architect; and Dr. Abbott Kaplan, the college’s first president. 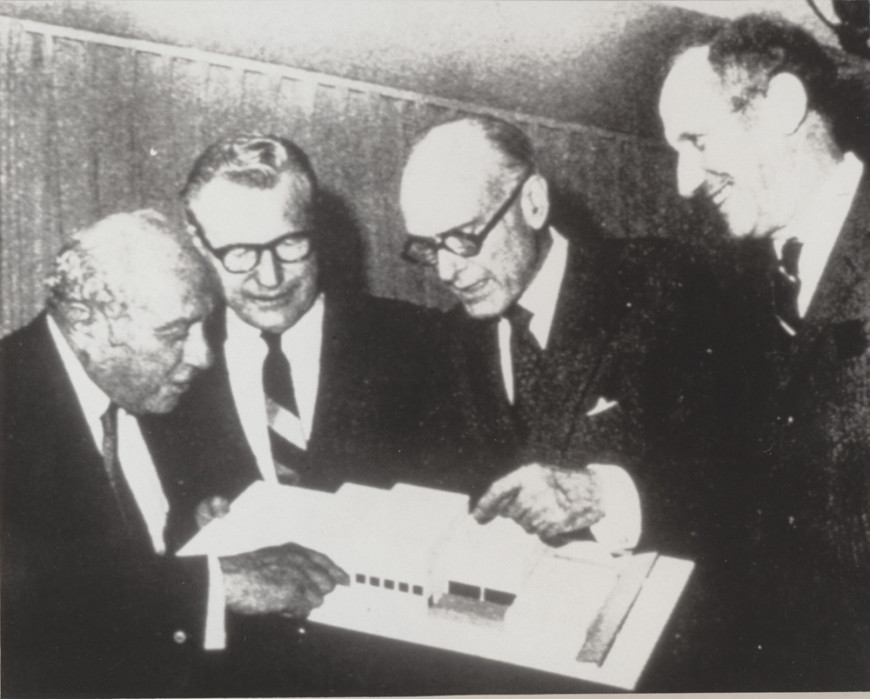 The Neuberger Museum of Art, designed by longtime Rockefeller friend Philip Johnson, was the first building to open in 1974 (although it was used for some time prior to this for other campus functions). It housed the Neuberger collection, one that art expert William Lieberman termed in 1967 “the best …20th century American art in existence.” Rockefeller was particularly happy that the art collection would become integrated into the lives of students:

… the fact that it is part of a college campus is particularly fortunate. Our appreciation of art flourishes best when it gets an early start in our lives… thousands of young people on this campus, now and for generations to come, will become more sensitized to beauty and to the world around them through the art surrounding them in Neuberger Museum.
I want to say to [the Roy Neubergers]… that nobody could have been more generous or more understandable in both his sensitivity in collecting, and then his generosity in giving, and his concern for the County to have in this great cultural center here a magnificent collection of art which he didn’t just give and then walk away but which he is now anticipating in and following and adding to. [1977, at Purchase] 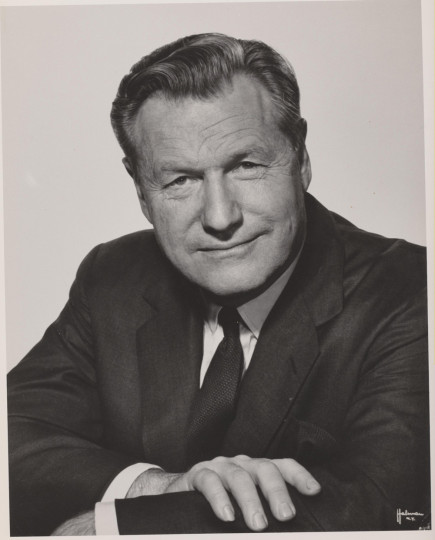 Nelson Rockefeller regarded the massive expansion of the State University of New York as his crowning achievement as Governor, one that scholar Gerald Benjamin calls “his foremost legacy to the people of New York.” His purpose was to make sure that “no young man or woman in this state who had the desire and the capacity to get a higher education should be prevented from doing so because either they lack the financial means personally or that there are not the facilities in the state.”  As was his approach to all problems, he saw the solution as clear and simple—create the physical plant and ensure student presence. The State Construction Fund was set up to solve the first part, and extensive student-support machinery was created to solve the second.

As in all his construction projects, Rockefeller clearly saw the end purpose of SUNY’s expansion as justifying the means, and in his eyes the State University became a clear marker of American civilization and strength: “…[It]is the most perfect example of vision, faith and courage on the part of a free society and free human beings.” 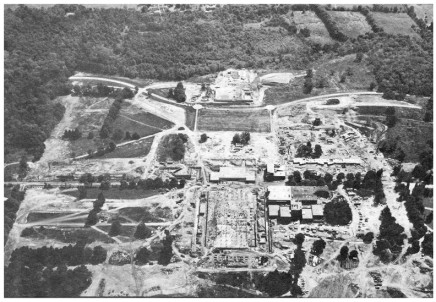 The diagram below shows the collaborating architects and their respective buildings. It comes from a publication entitled Architecture for the Arts: The State University of New York College at Purchase published by the Museum of Modern Art in 1971 on the occasion of an exhibition there about the new campus. The model that was displayed at MOMA is now in the Purchase College Library.

As the publication noted,
“What makes the Purchase Campus remarkable is that it offers a clear and perfectly straightforward solution to a problem that has defeated many comparable enterprises. It brings together highly gifted and quite individuality, but predetermined the outcome in favor of single unifying idea.” The idea, provided by Edward Larr
abee Barnes as Master planner was to give priority to those shared spaces which constitute the public realm. 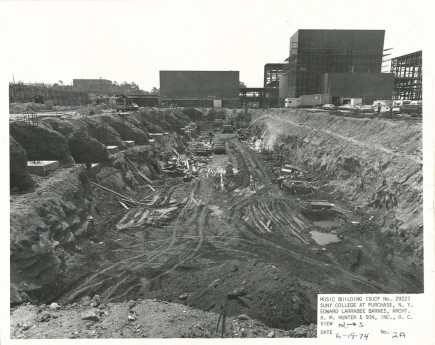 Construction of the Music Building

PIX: Diagram of the buildings from the catalogue [MISSING] 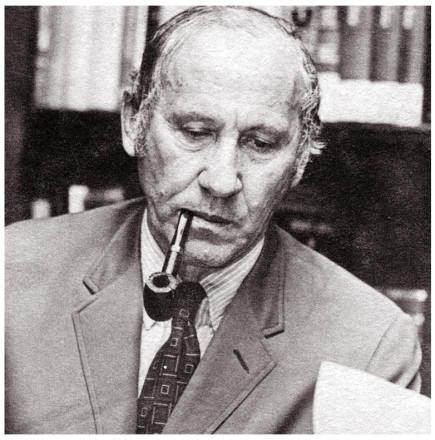 Ground was broken for the new State University of New York campus in 1967, with Nelson Rockefeller in attendance. As construction progressed, the infrastructure of Purchase College was in formation, with administrators, faculty, and students being recruited. Until the dorms were finished, students were housed at Maritime College, a lengthy bus ride away. The first building finished on the campus was the Neuberger Museum, and some classes were held there. Most of the Strathglass Farm outbuildings were destroyed, but a few, mostly houses, were kept and a couple were moved to other locations.

Purchase College is rare in the SUNY system as it hosts an historic cemetery, one that was established by the Thomas family. Despite its historic significance, the cemetery’s existence was challenged twice in the 20th century when both the Chisholms and the College attempted to remove it. Thomas and Catherine Thomas’ desire for a permanent family monument meant that a central one-half acre portion of the estate would, in perpetuity, be unusable. 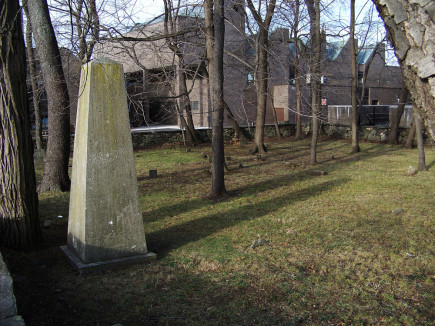 Cemetery at Purchase College 2A 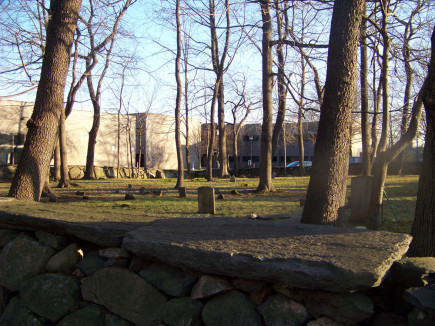 Cemetery at Purchase Collegefter a half century of ownership by the Ferris Family, Catherine’s heirs, the cemetery had fallen into severe disrepair, and local historical and patriotic groups urged the action be taken to restore it. In 1907 the American Scenic and Preservation Society was deeded the cemetery in exchange for the sum of $1. The Society pledged its “perpetual care and preservation of the Burying Ground Monument and the Grave of Major General Thomas Thomas” and shortly afterwards held a rededication ceremony.

But in 1929 Hugh Chisholm felt the cemetery would detract from the land’s value and attract too many visitors. He suggested the remains be transferred to a Harrison cemetery, but when it turned out to be a legally and financially cumbersome process, he abandoned the plans.

The “inconvenient” location of the cemetery resurfaced in the late 1960s when plans for the Neuberger Museum were being drafted by architect Phillip Johnson. It was again suggested that the remains be relocated, but the idea was dropped.

By 1973 plans were once again made for the restoration of the cemetery, which had again fallen into severe disrepair. Mrs. Jeanne Thayer, who was on the board of the Museum of Modern Art as well as Purchase College, spearheaded the restoration in cooperation with landscape architect Peter Rolland and campus architect Edward Larrabee Barnes. Mrs. Thayer devoted much time and money to the restoration because of what she felt was its central importance to the campus, and in 1973 she wrote:

I do not view this project as whimsical or as an indulgence. Given the absolute modern architectural components of the college buildings, the yearnings of all of us for signposts to our country’s past, the need for small sanctuaries from the frantic pursuits, not to mention the symbolic juxtaposition of the site to what will be a great museum showing the best of our past and present, the effort seems justified. 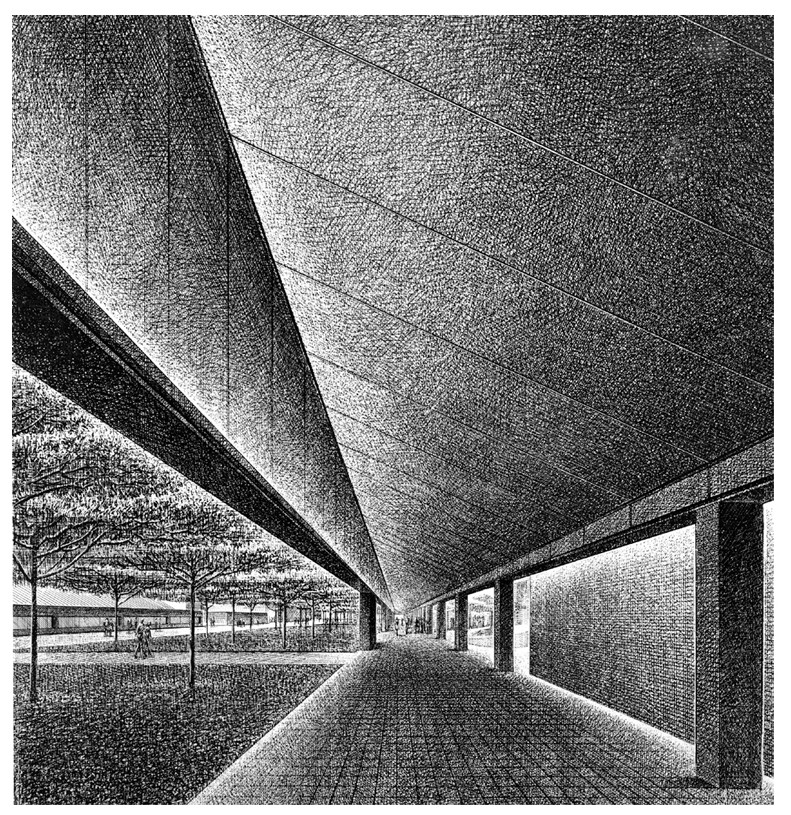 Classes started on the campus in 1972, despite the fact that massive construction was underway. The Neuberger Museum, the only finished building, became the hub of campus life. Independence and creativity were early hallmarks of Purchase College students in the era of free speech, war protest, flower children, and educational reform. 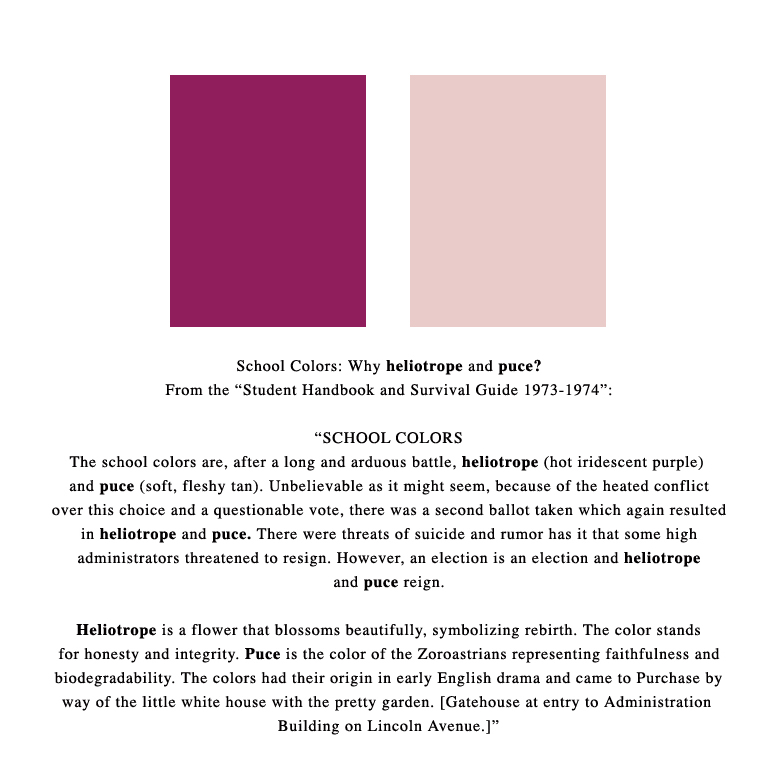 School Colors: Why heliotrope and puce?
From the “Student Handbook and Survival Guide 1973-1974”:

The school colors are, after a long and arduous battle, heliotrope (hot iridescent purple) and puce (soft, fleshy tan). Unbelievable as it might seem, because of the heated conflict over this choice and a questionable vote, there was a second ballot taken which again resulted in heliotrope and puce. There were threats of suicide and rumor has it that some high administrators threatened to resign. However, an election is an election and heliotrope and puce reign.

Heliotrope is a flower that blossoms beautifully, symbolizing rebirth. The color stands for honesty and integrity. Puce is the color of the Zoroastrians representing faithfulness and biodegradability. The colors had their origin in early English drama and came to Purchase by way of the little white house with the pretty garden. [Gatehouse at entry to Administration Building on Lincoln Avenue.]