Ashley Perez ’16 Merged Passion for the Outdoors with Science

Ashley Perez ’16 had just stepped on a wasp’s nest in a Costa Rican rain forest, her leg stung repeatedly, when she saw a python. It was her final day in the field. “What a great way to wrap up—I can’t really move, my leg is numb, and there’s a python!” she recalls.

The environmental studies major was finishing up two weeks of field work for her senior project, which explores the effects of nitrogen fixation on second growth regeneration in a rain forest of Costa Rica.

Perez accompanied her advisor Susan Letcher, assistant professor of environmental studies, on the month-long trip in the  summer of 2015.

Last November, the journal Biotropica published the study she helped research and she received an authorship credit.

Until the time she was 15, Perez never spent much time outdoors, certainly not in the forest or in another country. She grew up in Yonkers and recalls staying indoors after dark for safety reasons. “I don’t think people realize how much being able to go outside in a safe space is taken for granted,” she says.

Groundwork Hudson Valley—an organization whose mission is to engage urban youth in green space projects to create safe outdoor spaces while building community—visited her high school earth science class, offering jobs as Green Team members. She jumped at the chance to earn money without understanding exactly what the job entailed. She got the job, which changed her life.

During an orientation trip to New Hampshire, what followed was a series of firsts for Perez—the first time she saw a bear, or any wildlife for that matter. The first time she hiked—three miles straight up the White Mountains. And the first time she felt a sense of community as she struggled to reach the top.

“I’d never gone hiking before. It was tough. But everyone came together. We were all really struggling and there was a sense that we were part of something. Everyone was trying to help me to the top.” She indeed finished the climb, and described her first mountaintop view as “surreal.”

Over time, it began to sink in just how transformative the experience had been. She chose to study at Purchase to be close to home, first as a biology major at the suggestion of her family who urged her to become a nurse. But the love of outdoors had taken hold.

She took an Introduction to Environmental Studies course for fun, during which it grew clear she had to switch majors. “It opened my eyes to the fact there’s a whole major dedicated to this. The topic was so interesting that it seemed effortless,” she remembers.

Another summer trip with Groundwork pushed her even farther out of her comfort zone—all the way to Yellowstone National Park for a week. She returned the following summer for a month-long stint with the National Park Service’s Youth Conservation Corps where she worked on projects such as creating trails.

The summer following her sophomore year she spent three months living in the Mammoth area of Yellowstone working as a interpretative intern for the National Park Service Academy, where she was surprised by how much she enjoyed educating others. She even saw a live elk birth while leading a group. “You’re trying to be a ranger, and remind people to step back, but you’re also completely mind-blown by it.”

Her trip to Costa Rica exposed her to the side of environmental studies she had been yearning to explore—the hands-on science. Following data collection in the field, she spent a week at Las Selva Research Station analyzing her findings. It was there she first felt like a scientist. “I had to create a statistical model from scratch. I had to crunch all of these numbers. It was really overwhelming, but probably one of the best experiences I’ve had in a really long time.”

The work was the basis of her senior project, which she had the opportunity to present at Columbia University in October 2015 with other scientists. She found the whole experience intense yet transformative. “It’s the moment you realize not only are you a scientist, but also how much you’ve actually learned. And how much you have left to learn. It’s encouraging that I can talk about something as an expert.”

Points of Purchase and Beyond

Aside from the academics, one of her favorite aspects of Purchase is the abundance of arts and cultural experiences that allow her to detach from science. She’s taken classes in drawing and sculpture, and she loves art history.

She also credits the support she’s received from EOP (Educational Opportunity Program) with helping her graduate in 3 1/2 years. “I couldn’t have graduated at all without them. EOP is my lifeline,” she says.

She’s now researching graduate programs where she can merge her love of science and her desire to build community. She’s considering research in the El Yunque National Forest and the surrounding community in her native Puerto Rico.

In a satisfying twist, Groundwork USA, the umbrella organization for Groundwork Hudson Valley where she started her journey, invited her to join their board. “I was surprised at first, but as a youth who’s been through all of the programs, it’s been really empowering.” 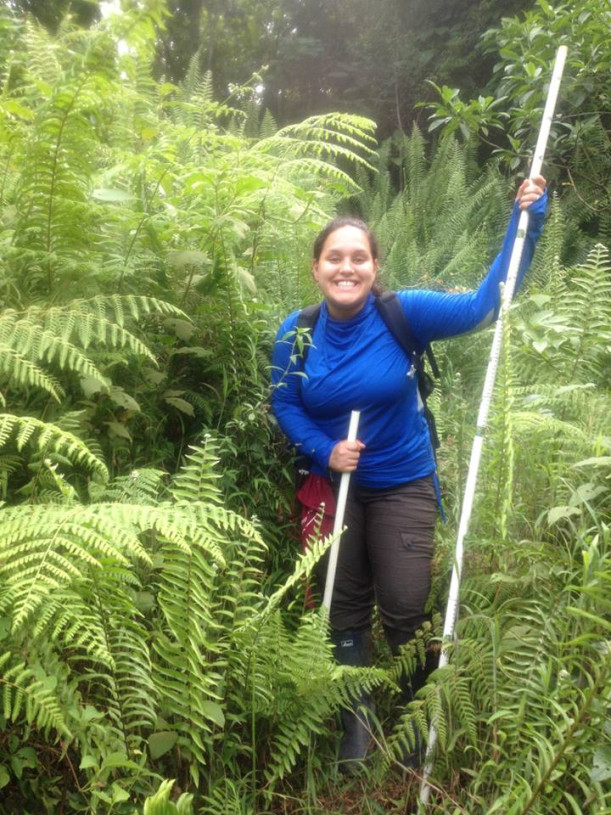