Film by Andrea Torrice ’77 to be Developed for PBS

Award-winning filmmaker Andrea Torrice ’77 (literature) produced a documentary short for the Highland County Historical Society and Museum in Hillsboro, OH, which focuses on the struggle to desegregate an elementary school there in 1954-56. 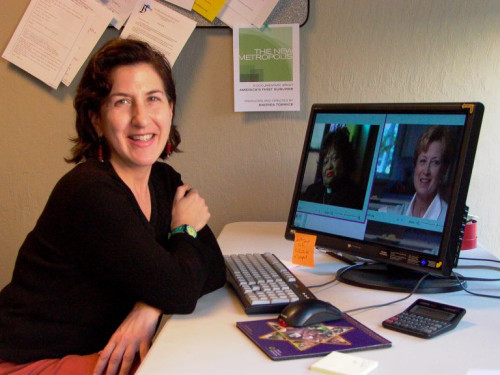 The Lincoln School Story—A Battle for School Integration in Ohio documents what would become the first northern challenge of the Supreme Court decision Brown v. Board of Education, which ruled  segregation illegal.

Cincinnati’s National Underground Railroad Freedom Center will show the film this July at a media kickoff event for the Association for the Study of American American Life and History Conference to be held in Cincinnati in September.

PBS has invited Torrice and the Historical Society to expand the 17-minute film to 27 minutes so it can air as a special.

Torrice creates documentary films and writes/produces for public television on a range of contemporary issues, including climate change and environmental issues, the plight of immigrants, and community revitalization. She also proceeded a film on the oft-overlooked women artists of the abstract expressionist movement.