Brittny Cooper ’15 Embarks on the Ride of Her Life

May 21, 2018
She’s preparing to cycle over 4,000 miles across the US to raise awareness for affordable housing.

In less than a month, Brittny Cooper ’15 (graphic design) will dip the back tire of her road bike into the Atlantic Ocean in Portsmouth, NH, and begin a 4,160-mile cycle trip across the northern United States with her Bike and Build team, stopping only to volunteer on thirteen affordable housing projects along the way.

Seventy-six days later, she and the 29 other riders on her team will arrive in Bellingham, WA, having raised money and awareness for the issue of affordable housing.

For Cooper, reaching the Pacific Ocean will also mark the beginning of her life’s next chapter. 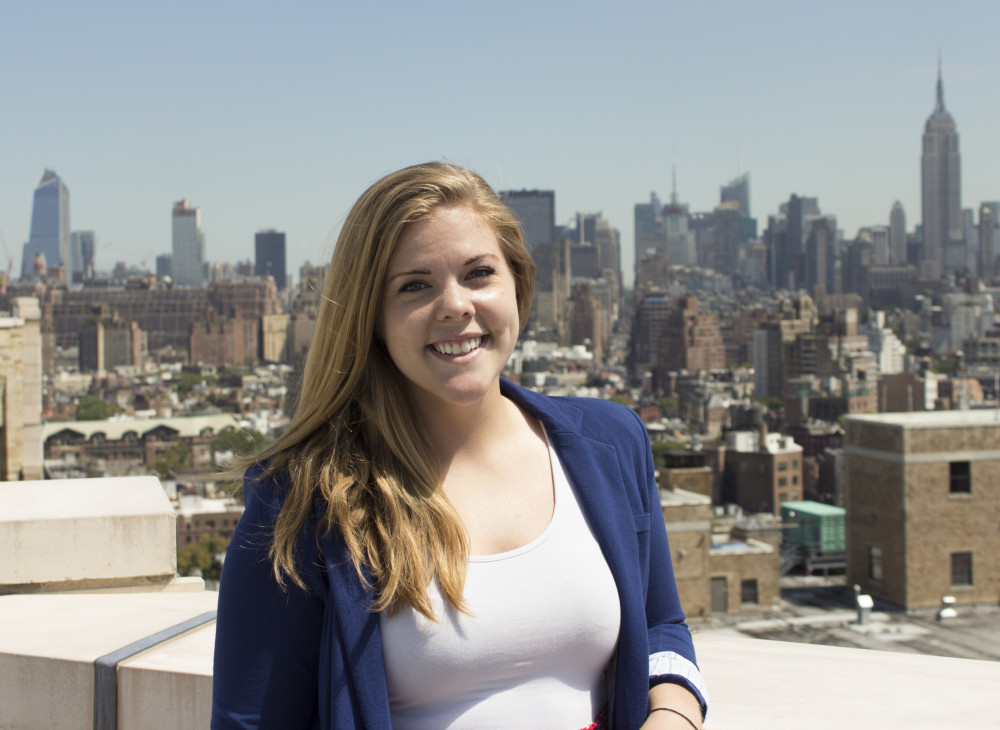 The Saratoga area native came to Purchase to study graphic design. During her junior year, she responded to an email inviting students on a Purchase Alternative Service Trip (PAST) to New Orleans, LA to volunteer with Project Lazarus. The experience ignited dual passions—for both affordable housing advocacy and service travel.

“It was so much fun and such a great experience. It really opened my eyes to volunteering while traveling and how fun that can be. And getting involved in the communities you visit; it’s such a different type of experience than going somewhere to vacation,” she says.

Her interest and involvement grew as one trip turned into another, which turned into her planning the following year’s PAST trip to Philadelphia.

“Purchase was a big catalyst for me getting into this. Finding the PAST trips, I guess I can say, changed my life.”

From Subway Aversion to Cycle Enthusiasm

Cooper hates using the New York subway system. Soon after moving to New York City following graduation, she bought a road bike. She rode to work at first, then cycling soon became her main source of transportation. “I just kind of fell in love with it,” she says.

Interested in fusing her new found passion for cycling with her love of service travel, Cooper  Googled “service cycling trips,” which serendipitously led her to Bike and Build. Bike and Build offers service-oriented cycling trips to advocate for affordable housing—a cause for which Cooper cares deeply. “It’s a perfect combination,” she says.

Last summer, she participated in their Drift West trip—pedaling 950 miles from Portland, OR to Bellingham, WA with six build days in 25 days of travel. 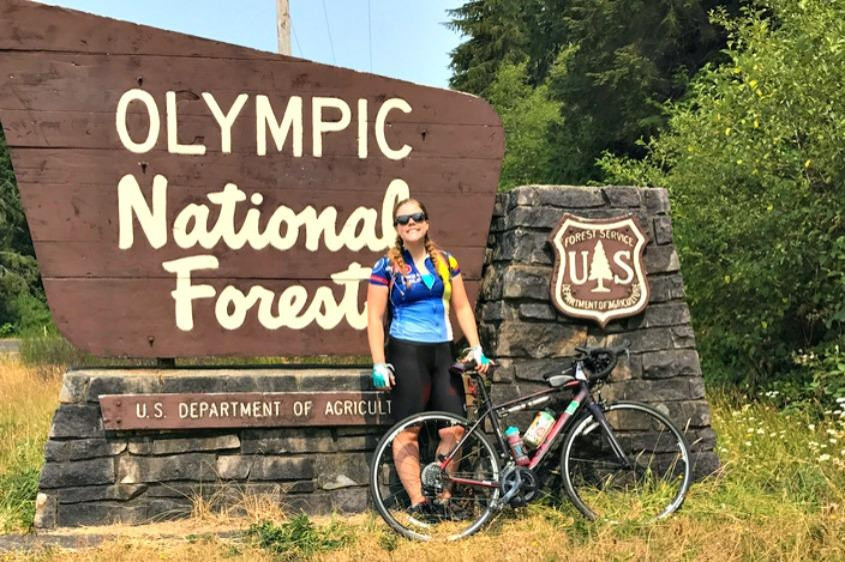 Not only is the distance of this summer’s ride a greater physical and mental challenge, it also marks a huge transition: Cooper quit her job and plans to move to the West Coast after the ride. “I’m moving out of New York City. I’m starting a whole new chapter of my life that will begin with Bike and Build. I’m using Bike and Build as a jumping off point,” she explains.

While not quite sure of her next steps, she hopes to get involved in public service, with an organization such as AmeriCorps. She’s also planning to pursue freelance graphic design, animation, and video work.

“For the past three years, I’ve worked within corporate design. I’ve gotten a good feel for what this industry is like and now I want to try something new,” she explains.

For now, she’s focused on the daunting trip ahead. “I find that my most memorable adventures are those that terrify me. And man, the idea of riding my bike across the country terrifies and excites me more than anything ever has,” she writes in her personal statement.