Mary Kosut teaches courses on urban art worlds, outsiderness, feminist art and visual cultures.  She is the editor of the Encyclopedia of Gender in Media (Sage), co-editor of The Body Reader: Essential Social and Cultural Readings (NYU Press), and co-author of Buzz: Urban Beekeeping and the Power of the Bee (NYU Press).  Her current book, Other Art Worlds (forthcoming Columbia University Press) looks at the relationship between artists and urbanity—how do artists manage to make art and rent in neoliberal, 21st-century New York City?

In 2016, she founded Pay Fauxn an “impure post-white cube gallery in the anti-formalist tradition” located at an abandoned pay phone shell at a bus stop at a defunct nursing home in Bedford-Stuyvesant, Brooklyn. From 2013-2017, she co- produced exhibitions and other projects as GCA (group club association) in Bushwick, Brooklyn and most recently at  Bible, a black cube gallery in a basement in Chinatown, NYC. 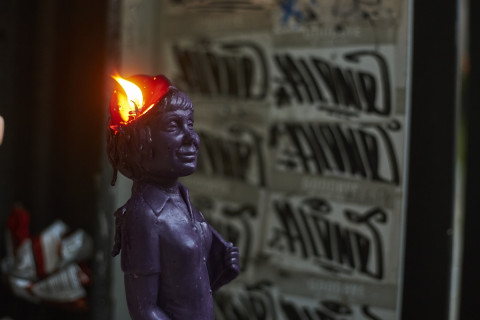 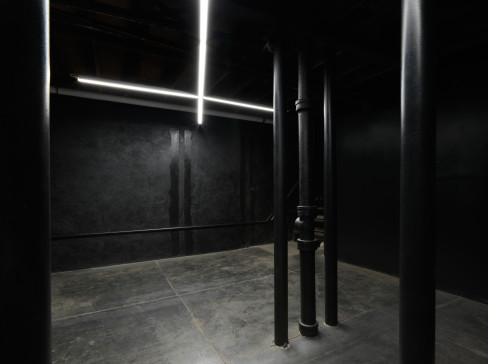 ‘worship me’ by amanda

Encyclopedia of Gender in Media, editor, Sage, May 2012

“We are the Scene: Alternative Art Economies in Bushwick,” Metropolotiques, September 13, 2016

“The Artification of Tattoo: Transformations Within a Cultural Field,” Cultural Sociology, May 2013

“An Ironic Fad: The Commodification and Consumption of Tattoos,” The Journal of Popular Culture, December 2006

“Queering Gender Art and Culture in the Age of Media Convergence,” in The Sage Handbook of Cultural Sociology edited by David Inglis, Sage, September 2016

“Toward an Ontology of the Bee: Ethnography and Urban Beekeeping” talk presented at the American Sociological Association annual meeting, New York City, August 2014

“Ecology and Artworlds: The Bee as Artist and Object,” talk presented at the Cultural Studies Association annual meeting, Chicago, May 2013