October 21, 2020
President’s Award winner Jonathan Harris’ Sunpath will explore the soundscape of the sun in a musical way as students travel through the campus plaza’s triangular overhangs.

The sun makes sound we cannot hear, as the light travels through the atmosphere, reflecting and refracting off everything it touches. But what if we could hear it? 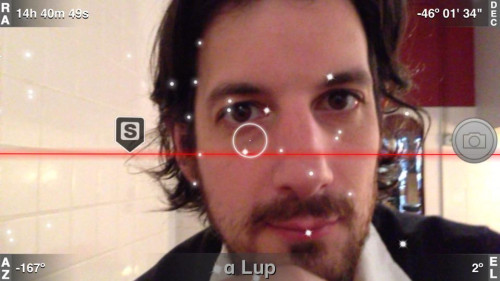 Much like the sun, this composition rises at dawn and sets at dusk, the piece travelling across the campus installation along with it, but Sunpath goes further than that.

“The piece will sound very different in September than it will in February,” Harris says, and this difference is due to the way the earth’s relationship to the sun changes throughout the year.

In winter, there’s less distance between the horizon and the height of the sun than in the summer. These sounds are algorithmically-generated based on cosine wave oscillators, which even account for the acoustics of the plaza it will occupy.

Harris (classical composition, visual arts minor) drew inspiration for this piece from his daily drive past the new bioswale on the edge of the West 1 parking lot. He’d previously made a body of portraits of the Blind Brook that winds through campus and from which the bioswale diverts water. 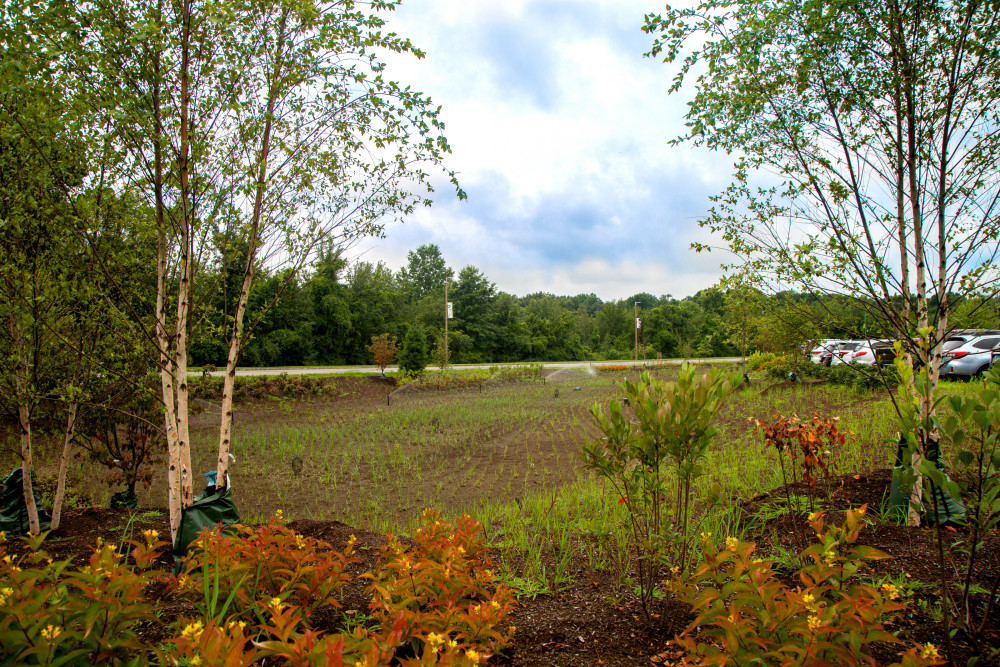 He reached out to Associate Professor of Environmental Studies Ryan Taylor, who shared maps and data captured by a monitoring station in the bioswale. “Dr. Taylor pointed out that the solar radiation monitor displayed arcs consistent with the rising and setting of the sun, incrementally interrupted by deep notches that seemed to indicate incidental cloud cover.” That stayed with him.

“The idea of sonifying this data kept its hold on my imagination and began showing the potential for a new piece, one in which a listener could experience sound modulating in connection with changing cloud cover and light intensity.”

It seems only natural that Harris’ artistic ambitions would finally reach the celestial, as his previous works like Blind Brook can attest to. Already guided by natural forms, and inspired by the long history of the sun in art and compositions, the next step was obvious: a depiction of how the sun interacts with our environment, and maybe change how we think about it as we travel between classes.

Harris described the work as something that “will operate on these two discrete but interacting levels: first as a composition itself, and second as a spatial locative, as a sonic “shadow” of the sun.”

“At the simplest level, my work is a provocation for reengagement with nature, in the service of bringing ourselves in closer intellectual, physical, and emotional proximity to the environment and ecosystems that make our habitats viable, he says. “If someone passing under the arcades over the next year takes even a split second to reorient themselves with the earth, with the living things around them, then in my opinion the work is a success.”

Originally from New Jersey, Harris now lives in the Catskills region. He’s continuing his work this fall as he pursues an MFA in Sound at Columbia University.

Due to the pandemic, the piece has yet to be installed, however it will be once it’s safe to do so. Hopefully in the future we can hear the pleasant ambiance of the sun. 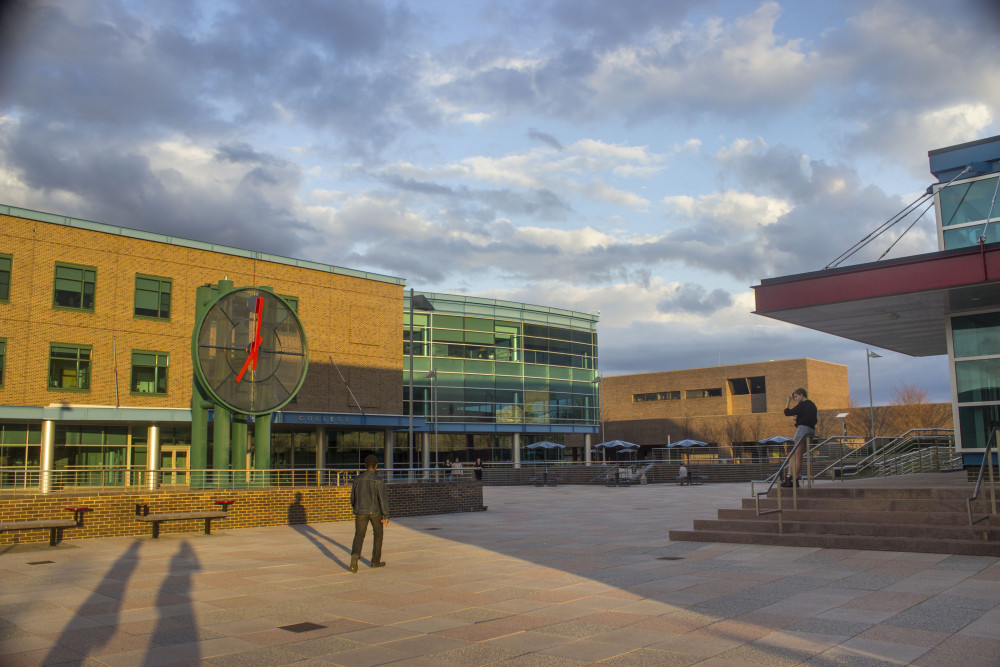