December 13, 2017
Contest was culmination of the economics class Entrepreneurship and Finance: Turning Ideas Into Startups. 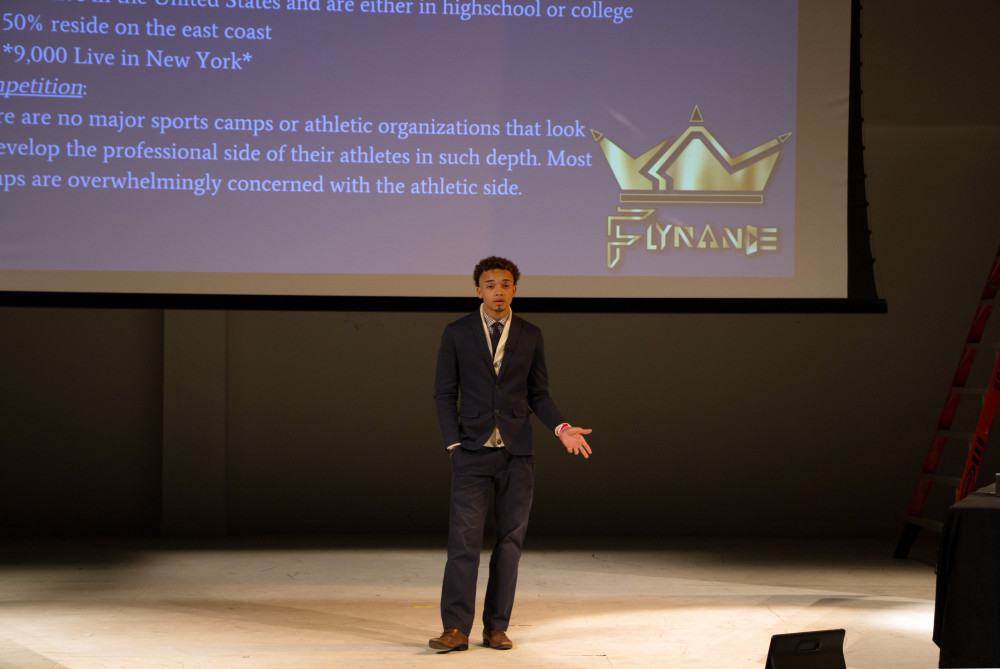 Pearce is founder of Flynance, a startup organization that helps young athletes navigate the complex world of collegiate and professional sports while learning basic pocketbook economics. Pearce received the $5,000 award from Palagashvili along with his co-founder Derick Ansah ’17 (economics).

The grant award was facilitated by GenFKD, a not-for-profit organization designed to increase young Americans’ understanding of financial literacy, entrepreneurship, and the skills necessary for careers in the new economy. The organization aims to help young adults better understand the new economy and provide better outcomes for students after graduation.

The “sharks” were a diverse group of entrepreneurs who provided invaluable feedback after each student presentation. Among them were:

The Purchase Startup Pitching Competition and the Entrepreneurship Class were made possible by a generous donation from Nancy Deckinger. 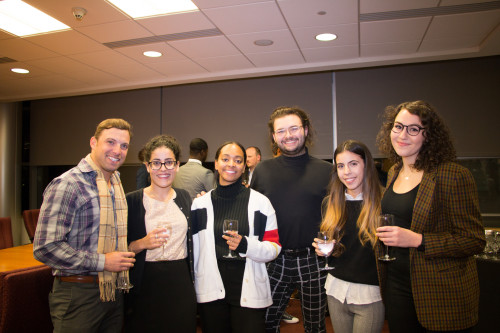