November 25, 2019
The award-winning director shared his career experience and professional wisdom with students.

On Wednesday, November 20, 2019, Michael Spiller ’84 (film) returned to campus to meet with current film students to share his career experience.

The Emmy award-winning television director spoke with students about his start as a cinematographer as DP on famed director Hal Hartley’s ’84 senior thesis film.

After working on several of Hartley’s features that followed, Spiller went on to shoot episodes of Sex in the City for HBO. He made his subsequent move into directing during the iconic show’s second season. After directing seven episodes, he moved to LA in 2001 to direct full time.

He then directed some of the most successful shows on TV, including more than 20 episodes each of Modern Family and Scrubs, as well as multiple episodes of Superstore, Black-ish, The New Girl, The Middle, Cougar Town, Bernie Mac, Big Love, Don’t Trust the B—- in Apt 23, Better Off Ted, and Ugly Betty, and was pilot and series main director for Jake in Progress and Big Day.

He served as executive producer/director on The Mindy Project for all six seasons. Most recently, he directed the pilot the comedy AJ and The Queen for Netflix. 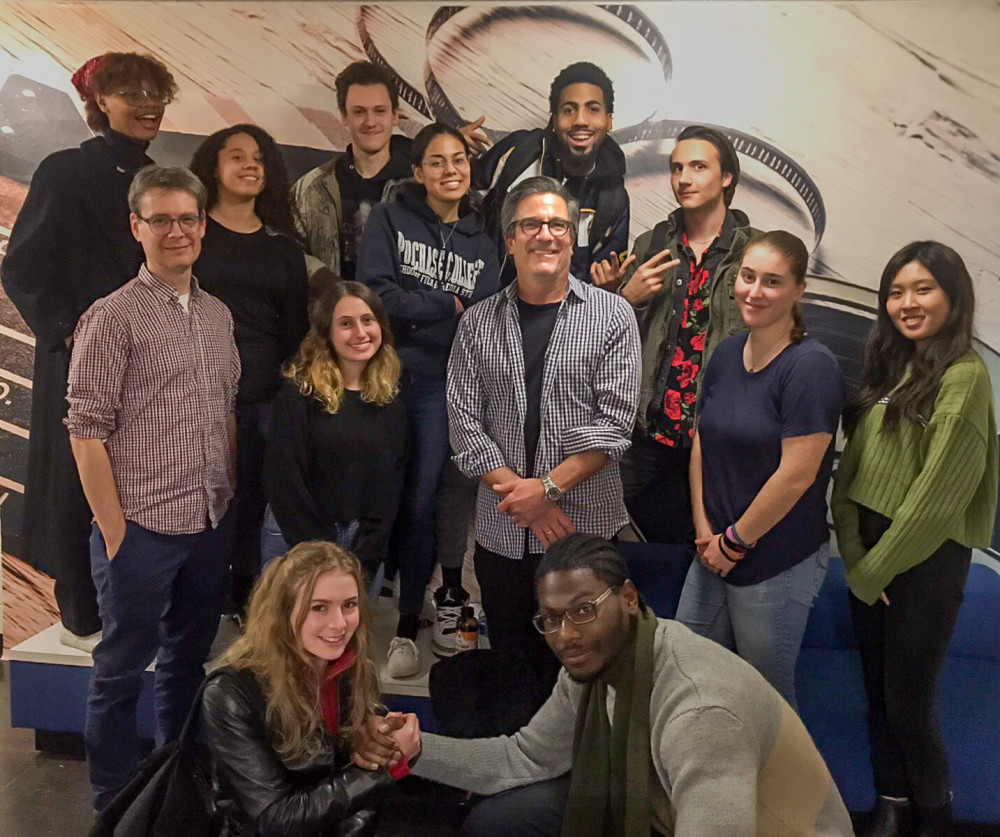 In 2011, Spiller won both an Emmy Award and a Directors Guild of America (DGA) Award for his work as director of the “Halloween” episode of Modern Family. He was nominated again for a DGA Award in 2012 for Modern Family.

Spiller is also an instructor for new episodic directors who attend orientation courses in professional standards held by the Directors Guild of America.

He was excited to come back to Purchase and share his many years of professional experience and wisdom.

Film student Lamesa Nashrat found Spiller to be humble. “He spoke to us as if we were his equals, not someone coming from a greater place of authority which allowed me to trust him as a filmmaker and a professional. He looked at my dailies from the film I’ve co-written and co-directed with Hali Merrill. He complimented our choice of actors and the actor performances while also giving us advice on how to fix some mistakes we were worried about. He asked us questions on what our co-writing and co-directing process was like and seemed genuinely interested. As a frequent collaborator with Hal Hartley, he gave us a lot of helpful information on collaboration and the industry hoops you have to go through to co-direct.”

Below is a compilation highlighting Spiller’s work.