Her show is a comedy about mass extinction, guerrilla warfare, and self-immolation.

“This winter, Donna Oblongata returns after taking three years off from touring with a new solo show, All 100 Fires at the Panorama Arts Space as part of the Philly Fringe. All 100 Fires stars a guerrilla commander and you, the new recruits. Birds flutter in and out, though they mostly dead. It’s a funny play if you like being told that your best isn’t good enough. It’s a sad play if you were hoping something more optimistic would happen. At least you’ll learn how to make explosives.”

According to the Milwaukee Examiner - “The story defies synopsis, but the themes come together to ring with emotional truth and seem to expand out into the universe…One of the best productions of the year.”

After graduating from Purchase College, Donna co-founded The Missoula Oblongata, a touring punk rock theater company, which she wrote, designed, built and performed in plays for over the next seven years. Since then, the company has dissolved but Donna has gone on to continue with her own work. She currently resides in Southwest Philadelphia, where she’s helped found the Panorama Artists Collective. 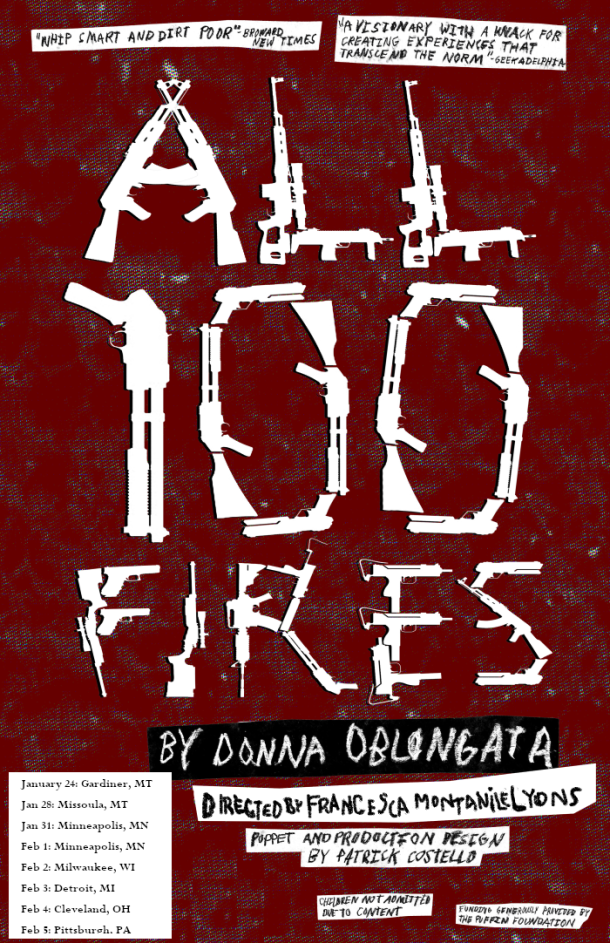